Translated From Russian:
A female suicide bomber who appeared on November 17 at a checkpoint in the Staropromyslovsky district of Grozny appeared on the Internet.

The video shows that the explosion was preceded by the shooting from the Russian military, presumably in the air, as a warning. After activating the explosives, the body of the suicide bomber flew up 6 meters.

The Great Plains of Canada.

Up up and away

Nice tits. Probably the first bit of daylight they've ever had

I'd love to torture and dismember female terrorists. 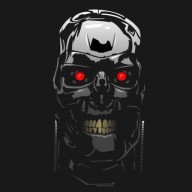 Got the actual HD pics of this mate? looks beautiful

She's gorgous, what a shame. Use those big fat, ugly hairy sheep fucking guys for suicide bombers...not babes!
You must log in or register to reply here.
Top